Since 1950, Harold’s Chicken Shack (also referred to as Harold’s Chicken) has been Chicago Institution, particularly on the South Side of Chicago, and is well known for its uniquely prepared chicken and special sauces. Our founder, Harold Pierce, an African-American Chicago Business Man, developed the character of Harold’s primarily out of necessity, because the larger fast food chains tended to avoid the African-American neighborhoods in the city of Chicago. At that time, the legal and social obstacles in Chicago prevented Harold’s, and other black-owned businesses, from expanding into the downtown Chicago area, or the North Side of Chicago. As a result, Harold’s became one of the few examples of a thriving fast food chain that was owned by, and primarily served, the Chicago African-American Community.

In recent years, however, Harold’s Chicken has expanded not only on the South Side of Chicago and Suburban areas, but also on the West Side, and more recently on the North Side and in the downtown areas of Chicago. Harold’s Chicken locations have also been opened in Northwest Indiana, Detroit, Milwaukee, Las Vegas, Madison (WI), Dallas. 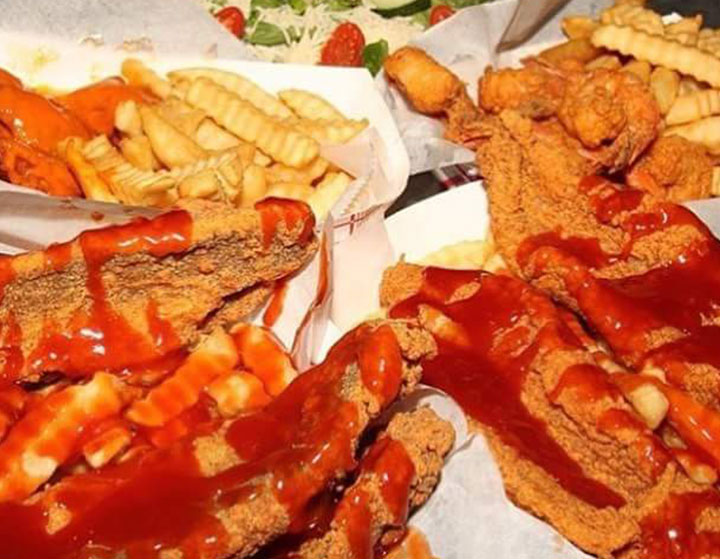 Despite its location being over 700 miles away from its birthplace, Harold’s Chicken & Ice Bar has made it a point of emphasis to maintain that same tradition of deliciously Chicago-style flavored chicken & fish dinners, drizzled in its signature soaking mild and hot sauces (imported weekly from Chicago), and thus continuing the 60-year rich tradition that native Chicagoans, residing in Atlanta or other cities as well, typically can only experience during return visits to the city of Chicago.

Right from the beginning, Harold’s Chicken wanted to carve out its own unique spin on fried chicken in the heart of Chicago. The people who knew our chicken came to love it and love it for life.Read more...

We have many experiences to offer that make Harold’s Chicken special. Aside from what is on the menu we also make it fun just to come and visit by hosting holiday get-togethers and regular weekly events ranging from costume contests to music. When you come to Harold’s Chicken you truly come to our family dinner table.Read more...

While our entire menu is memorable at any time, we want to mention when it might be a little different and more memorable. We have lunch specials on Monday through Friday that also come with $1 off all dinner for when you want to come back as well as our happy hour with $0.99 wings Monday through Friday from 5 PM to 8 PM.